Mount Gulian is the Hudson Valley colonial homestead of the Verplanck family (aka Planck or VerPlancken). Research from 2020 into Dutch passenger lists pinpoints Jacob Albertsen Planck, from Edam, Holland, arriving in New Amsterdam on the ship Eendracht (Unity) in 1634, likely along with Abraham Isaac Verplanck, the patriarch of the original American branches of Verplancks.

Dutch entrepreneur and merchant Abraham Isaac Verplanck arrived in New Netherlands Colony (now New York & New Jersey) from Holland. It is believed that he originally came to purchase land for a trading post and farming settlement. The trading post would enable him to trade Dutch goods with the local Native Americans in exchange for valuable beaver and other furs, Indian tobacco, and trade goods that were rare in Europe. New Amsterdam was a thriving port and frontier town, filled with Dutch settlers, Native Americans and merchants and colonists from all over Europe. Africans, both freemen and slaves, as well as French Huguenots seeking escape from religious persecution in Europe, and Jews fleeing the Inquisition in South America, came to a relatively tolerant and busy New Amsterdam.

Abraham Isaac Verplanck settled in the growing town of New Amsterdam and became prosperous. He married Maria Vigne Roos in 1635 and they had Abigail and Gulian (Gulyn is Old Dutch for William), Catalyna, Isaak (died as a child), Sussanna, Jacomyntje, Ariaentje, Hillegond, and Isaak II. The "Gulian branch" of the family remained in Manhattan and in the Mid-Hudson region where Mount Gulian is located. Isaak II moved further north to Fort Orange (now Albany NY) and established his Verplanck line in that area. They became prosperous citizens involved in the administration and military of the British colony in Albany.

In 1664, the English navy appeared in New Amsterdam’s harbor and demanded the town’s surrender. The Dutch surrendered their colony without a shot fired, swore loyalty to the British Crown and saw the city renamed New York. The Verplancks were Dutch but now lived under English law. By the 1680’s, Abraham’s son Gulian Verplanck, sailed north along the Hudson River looking for land to increase his wealth. In 1683, with partner Francis Rombout, Gulian bought 85,000 acres of land from the local Wappinger Indians for approximately $1,200 worth of trade goods. The land is 75 miles north of Manhattan, overlooking the Hudson River for miles and going inland into rich meadows and forests, encompassing nearly one-seventh of modern day Dutchess County NY. Then called Matteawan, now in today’s Fishkill-Beacon area, the purchase was one of many made by colonists pushing the Native People off their ancestral lands. In 1685, a Deed of Sale, known as the Rombout Patent, was approved by King James II of England. For the next forty-five years, Rombout, Stephanus Van Cortlandt and Verplanck descendants and various partners sub-divided, sold off and rented portions of this huge tract of land, while logging, hunting and planting crops on the land.

During the English colonial period, the Verplancks became quite prosperous and built a mansion on Wall Street in Manhattan. Around 1730, a colonial-style fieldstone house was built at Fishkill Landing on the Rombout Patent land. This home was gradually surrounded by a working farm with a dock on the Hudson that facilitated New York-Kingston-Albany travel. The property had many service buildings for servants, crop production and brick production. This homestead was called "Mount Gulian". It was used as a summer retreat by the family. It is not believed that any family members from Manhattan lived at the site year round until 1804.

The Verplancks were civic minded and participated in the development of the business and banking industry in New York City and were among the first Trustees of Kings College, now known as Columbia University. They were prominent citizens in colonial New York, and maintained correspondence with their Dutch relatives in Holland. Young Samuel Verplanck, great great grandson of Abraham Isaac Verplanck, was fortunate enough to take "the grande tour" of Europe in 1761 and visited Holland.

Before the Revolutionary War, Samuel Verplanck became involved with anti-British groups and joined "the Committee of Safety of One-Hundred" in Manhattan. This patriot group was poised to take over the City in the event of rebellion, which occurred on April 19, 1775 at Lexington & Concord, Massachusetts.

During the War for Independence, Samuel Verplanck turned Mount Gulian over to the Continental Army because of its strategic location on the Hudson, near the Fishkill Barracks and across from Washington’s Headquarters at Newburgh. In the spring of 1782 through late 1783, Mount Gulian was the Continental Army headquarters of patriot General Friedrich Von Steuben. After the American victory at Yorktown, upon learning of the Treaty of Paris, General Von Steuben and other prominent American officers of the Continental Line created the Society of the Cincinnati, America’s first veterans’ fraternal organization at Mount Gulian on May 13, 1783. Due to these events at Mount Gulian during the Revolutionary War, the site was placed on the National Register of Historic Places in 1982.

In 1804, Daniel Crommelin (DC) Verplanck, a member of the U.S. Congress, moved from Manhattan to permanently occupy the home at Mount Gulian. It then underwent extensive expansion with the addition of a large wood frame structure attached to the original fieldstone house. An ornamental "English Garden", all the rage in Europe at the time, was laid out by DC and his daughter Mary Anna. More permanent structures were built on the property over time, including barns, smokehouses, storage buildings and structures to facilitate brick making from clay taken from the banks of the Hudson and ice which was farmed every winter.

The Verplanck family grew and eventually married into many prominent New York families such as the Schuylers, the Johnsons, the DeLanceys and the Bleeckers. Daniel’s son Gulian Crommelin (Gil) Verplanck, also a member of Congress, ran for Mayor of New York in 1834, losing in what many believe was a fixed election. Gil Verplanck was a man of letters and lectures, a prominent scholar of Shakespeare and a friend to Washington Irving and the members of the "Knickerbocker Circle" of writers. In later life he became a reformer, working to improve the young public school system in NY, develop public hospitals and promote prison reform. Over the years, other Verplancks became judges, businessmen, wealthy farmers and prominent professionals.

The conservative Verplancks had been slave owners in the 1700’s, but in the Federal Period became members of the Whig Party, which believed in gradual (by state) restriction and eventual abolition. In 1827, the year that slavery was finally abolished in New York, Daniel Crommelin Verplanck hired fugitive slave James F. Brown as a waiter and manumitted him (bought his freedom). Mr. Brown then worked for the family for forty years at Mount Gulian as a coachman, property manager, skilled laborer and master gardener. Mr. Brown’s journals provide a detailed record of daily life at Mount Gulian.

During the Civil War, Robert Newlin Verplanck volunteered in the Union Army’s United States Colored Troops (USCT), training and fighting alongside Black troops until the victory at Appomattox. Awarded a promotion to Brevet Captain for his service, his battlefield letters to his mother and sister are housed at the Adriance Library in Poughkeepsie. The saga of the Verplancks going from slave-owning to volunteering in the USCT is a fascinating one.

The Victorian era at Mount Gulian was a grand time, as the family associated with the local Livingstons, Roosevelts and Vanderbilts. Many Verplancks achieved fame in the professions, in arts and letters and as sportsmen. Verplanck Colvin was a topographical engineer who extensively surveyed the Adirondacks. Virginia E. Verplanck was a celebrated gardener, hostess and author. John Bayard Verplanck was an early seaplane flyer, racing pilot and World War I era veteran and banker. In 1892, William Edward Verplanck wrote a detailed family history and genealogy of the family, which was updated in 1998 by direct descendant Charlotte Verplanck Willman. 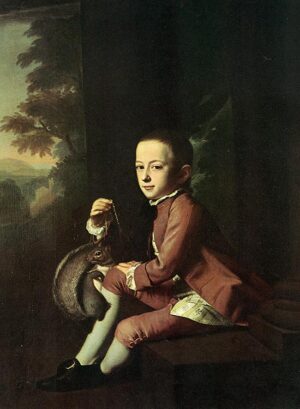 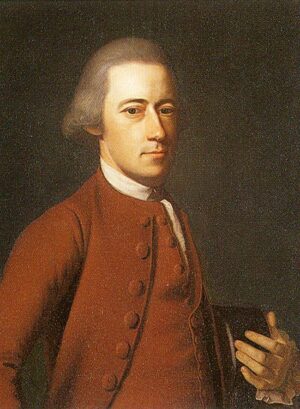 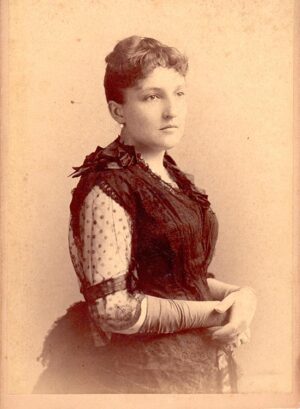 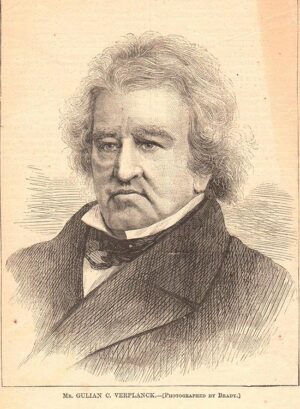 Mount Gulian was occupied by the Verplancks until 1931, when the house was destroyed by fire. Many of the furnishings and valuables were saved by family members, neighbors and firemen who cleared the house before it was fully engulfed. Some furnishings now reside at the prestigious Metropolitan Museum of Art, Manhattan, in the Verplanck Room in the American Wing.

Prior to the American bi-centennial of 1976, Mount Gulian was beautifully reconstructed with the assistance of direct Verplanck descendant Bache Bleecker, his wife Connie and other family members.  The Mount Gulian Society, formed in 1966 by the Bleeckers, opened to the public in 1975 as as historic site and museum.