Home » History » The Society of the Cincinnati

The Society of the Cincinnati

The Society of the Cincinnati is an organization that is as old and as venerable as the American Republic. Composed of living descendants of eligible commissioned officers of the Continental Army and Navy, as well as descendants of commissioned officers of the French Army and Navy who served during the Revolutionary War (1775-1783), the Society has 14 constituent societies. Each state society is composed of direct descendants of officers who served in their respective original 13 States’ armed forces, and one society in France, whose help ensured our victory in the American Revolution.

The Society of the Cincinnati was organized on May 13, 1783, at Mount Gulian by Continental officers who fought in the American Revolution, including patriot General Friedrich Von Steuben, whose headquarters was located at Mount Gulian in 1782-83. The Society was the first veterans’ fraternal organization established in the United States. Its original purpose was to facilitate fellowship, friendship and recognition for war veteran officers of the Continental Army. At a time when there were no “veteran benefits” the Society was also created to act as an "insurance policy" of sorts; as an institution that collects funds from every member and would remit benefits to their fellow officers in time of need. Importantly, the Society also acted as a powerful organization which would lobby Congress for the back-pay and land grants promised to veteran officers of the War. Today, Mount Gulian is the New York State Society of the Cincinnati’s headquarters.

George Washington was the first President General of the Society, from 1783 until his death in 1799. Originally a somewhat controversial organization, some Americans thought the Society was built on the ideals of royalty, aristocracy and pompous medal-wearing that the Revolution had just overthrown. The concept that membership was to be limited to direct male descendants based on heredity from an original officer member was not initially widely accepted. With Washington’s acceptance of the Society’s Presidency, and its success lobbying Congress and providing early members with much needed funds, the organization gradually became a model for many other fraternal groups in America.

The Society of the Cincinnati has been continuously active since its founding in 1783, with 14 active "branch" societies and a women’s auxiliary. Today, the Society is a not-for-profit organization that supports American history education, as well as cultural and literary activities, promoting the ideals of liberty, heritage and Constitutional government.

The name of the Society commemorates Lucius Quinctius Cincinnatus, a legendary Roman hero of the fifth century B.C. Cincinnatus, a patrician farmer, was twice called to lead Roman armies in defense of the Roman republic. Each time he refused rewards for his services and refused to march on Rome as a new emperor, preferring to return to his farm as a simple citizen of the Roman republic. The founding fathers of the United States were renaissance men, trained in the Classics of ancient literature. They knew the story of Cincinnatus. Their attachment to the patriotic idealism of Cincinnatus, winning a victory but turning down absolute power resonated with them, and is reflected in the Society's motto: Omnia relinquit servare rempublicam: "He gave up everything to serve the republic." 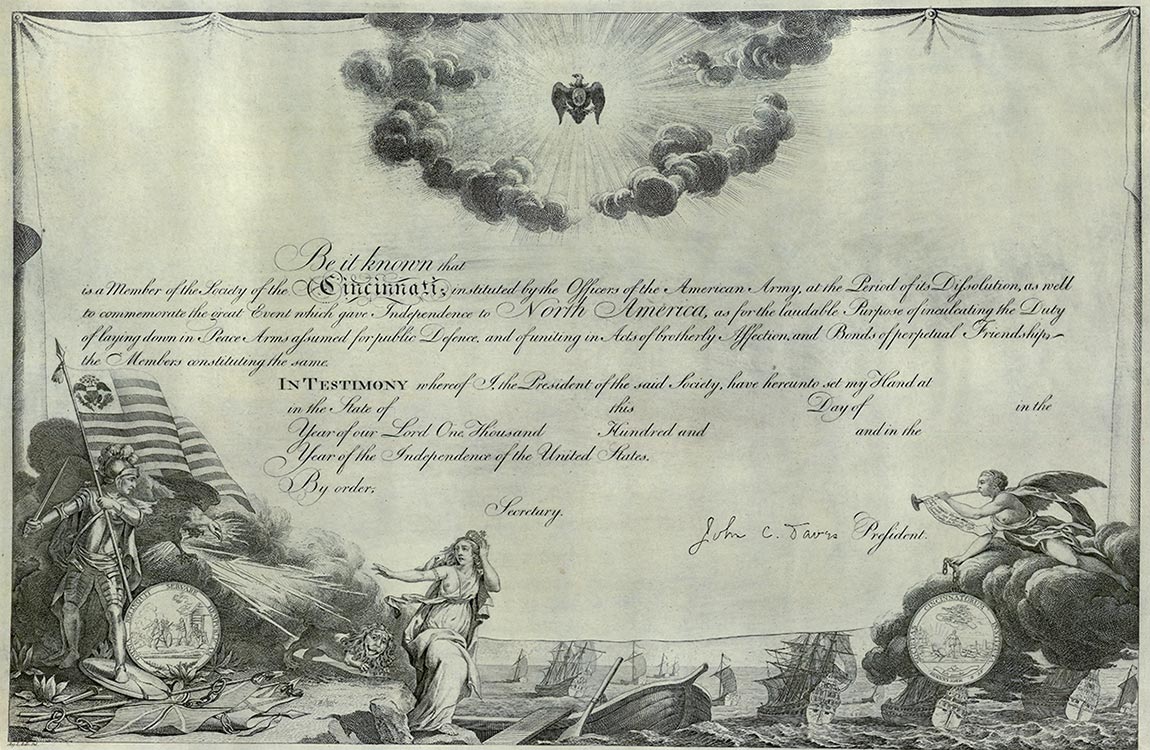 Membership certificate into the Society of the Cincinnati 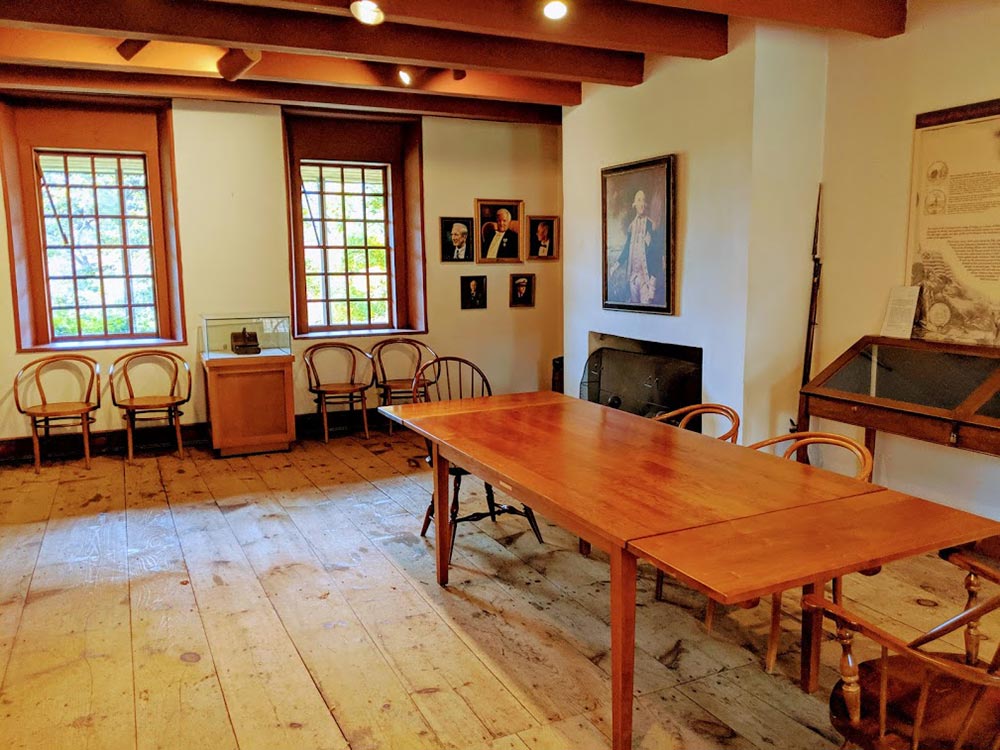